Simplot, the major potato grower, manufacturer and supplier in the world is holding a cooking competition for food bloggers in Malaysia. The rules are simple: we have to use any of the Simplot hashbrown products in a recipe and then blog about it. It’s also a bonus to use any of the Leggo’s sauces to make the recipe more interesting. The main criterias for the judging process is 1. Ease of Preparation and 2. Creativity.

I had a few days to ponder on the recipe and I decided to stick with what I love to eat that is also easy enough to make. We often see Hash browns being thrown on a plate as a big fry up breakfast and it can get rather boring. Well, my favourite breakfast (you might already know this) is something that’s packed with vegetables but also tastes amazing: Baked Eggs. Not only it’s visually appealing, it’s also fun to eat.

Of course, instead of serving it with toast, I used the mini hash browns to scoop up the delicious sauce. This also means I get to utilize a Leggo’s sauce in my recipe for the base. Strangely enough, someone must have stocked up all the pasta sauces because my local grocer only seems to have one variety left: The Napoletana. Luckily it’s versatile enough for me to play with.

This will be a picture-heavy blog because we are required to use step-by-step pictures and it certainly wasn’t easy for me to cook and take pictures at the same time without getting the camera dirty. So I guess I’ll skip my rambling and present to you my creation for this challenge: 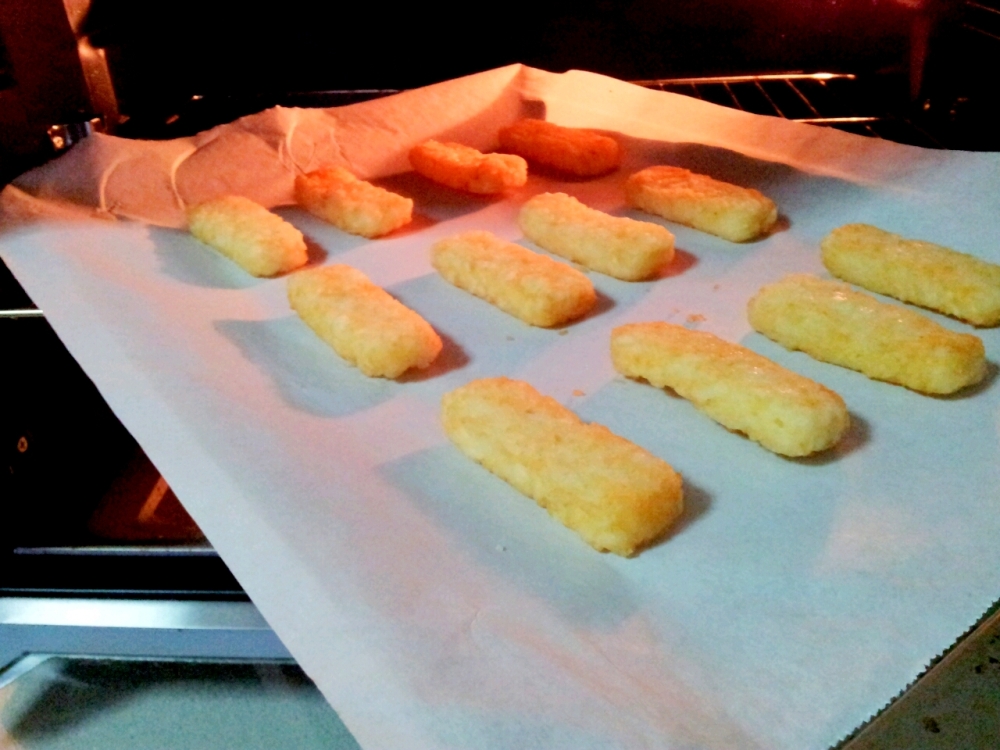 Preheat oven to 180C, arrange the Simplot Mini Hash Browns on a baking tray lined with baking sheet. Baked for about 15-20 minutes until golden brown. 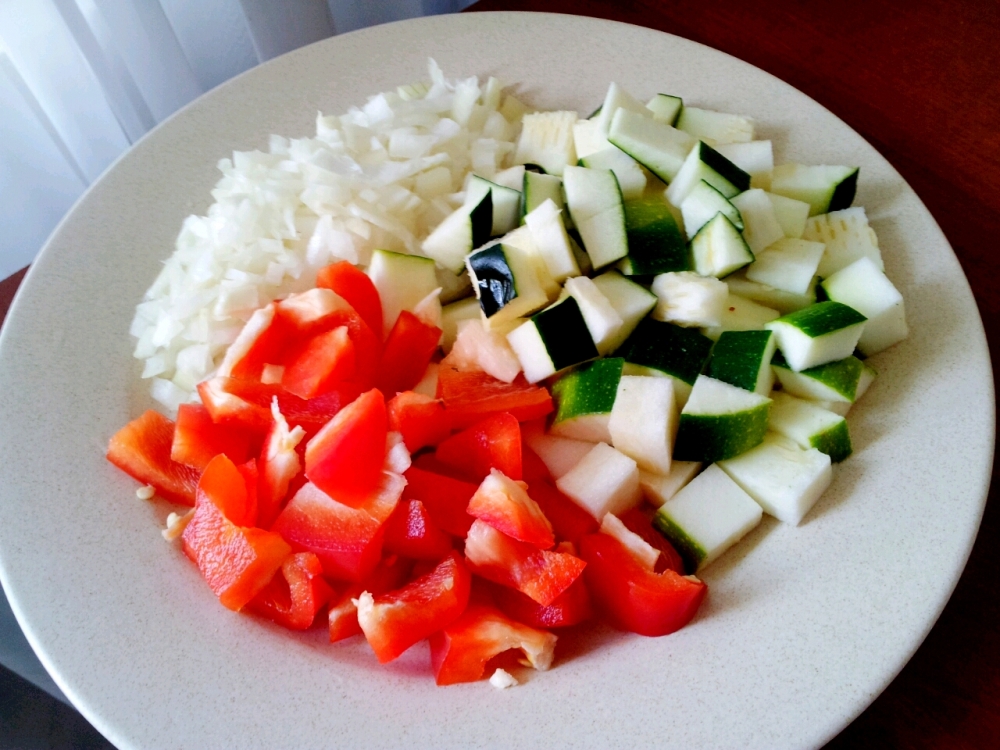 Get all the vegetables prepped. You want the zucchini and capsicum to be about the same size. 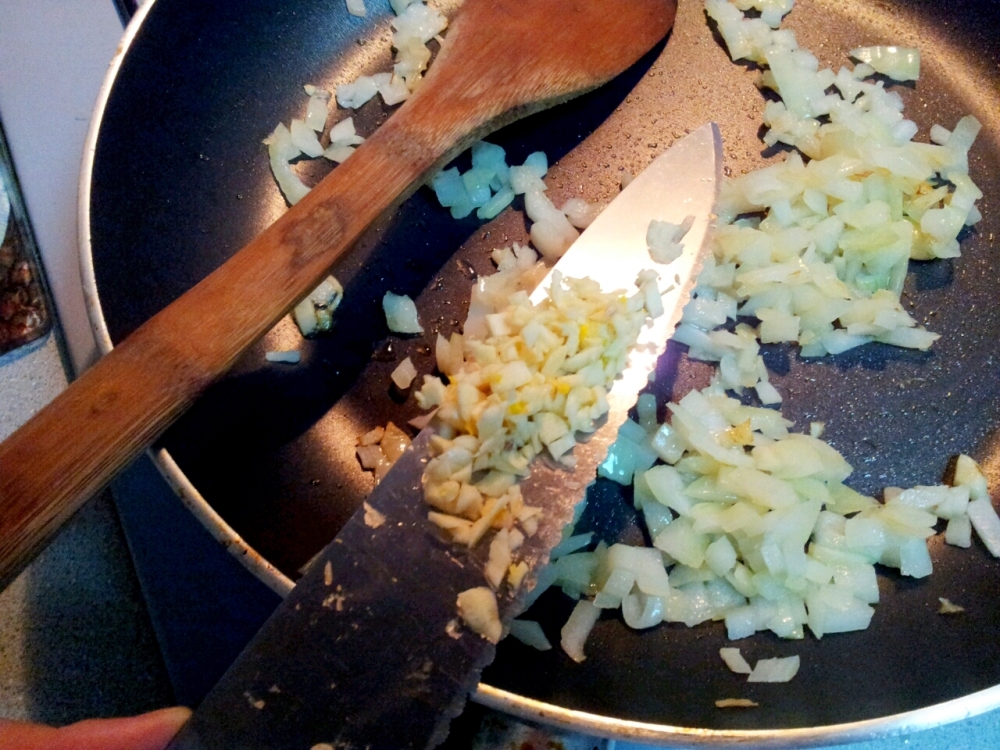 Heat a pan with 2 tablespoons of Olive oil. Add onion and cook until soft, then throw in the minced garlic.

Continue to stir for a minute or two until onion is starting to brown. Then add zucchini and capsicum. 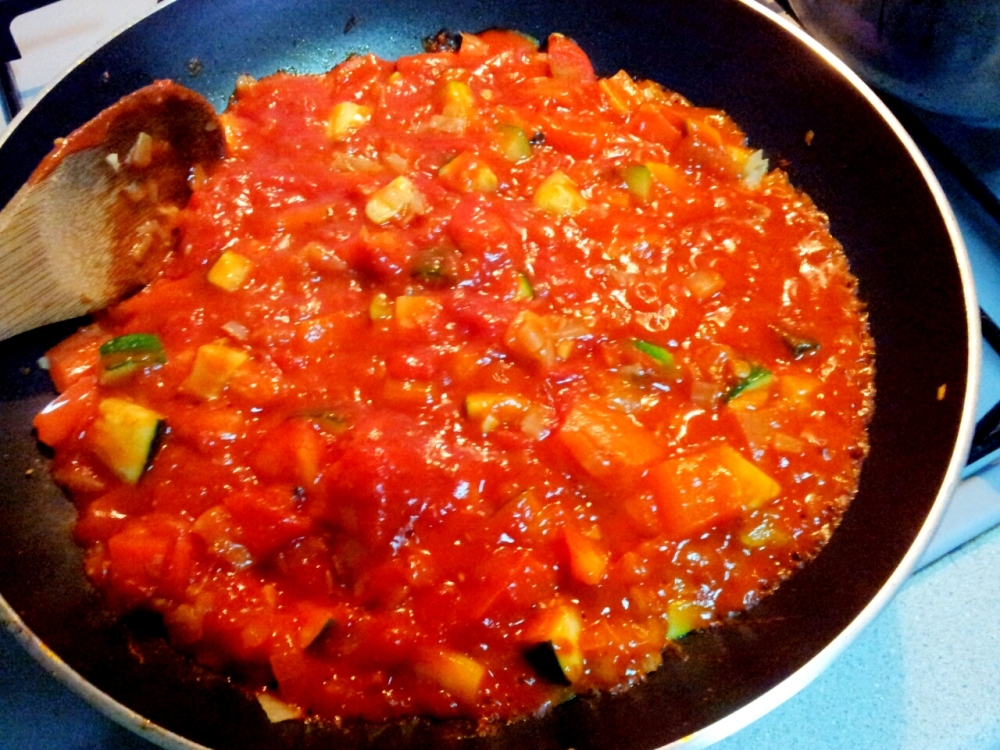 Cook for about 15 minutes until vegetables are soft, then add about half a jar of the Leggo’s sauce (about 300g). Basically just enough to cover the vegetables. 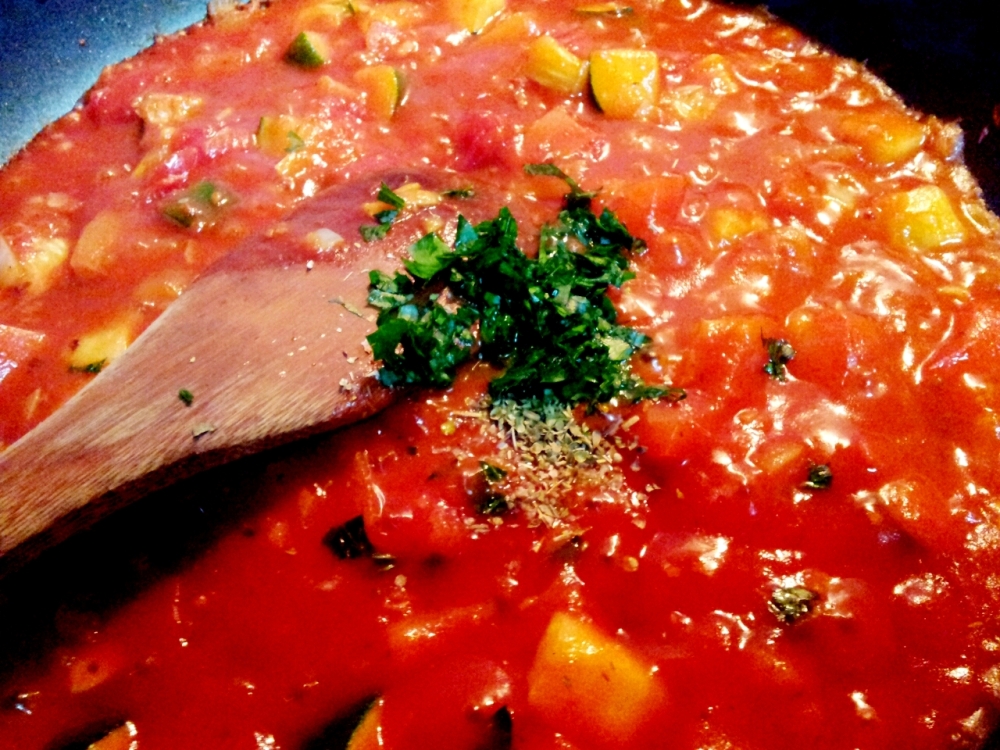 Add fresh parsley and dried oregano and cook for a few minutes more. Check for seasoning (I found mine already salty enough so I didn’t add anything else but a pinch of sugar). Turn off the heat. 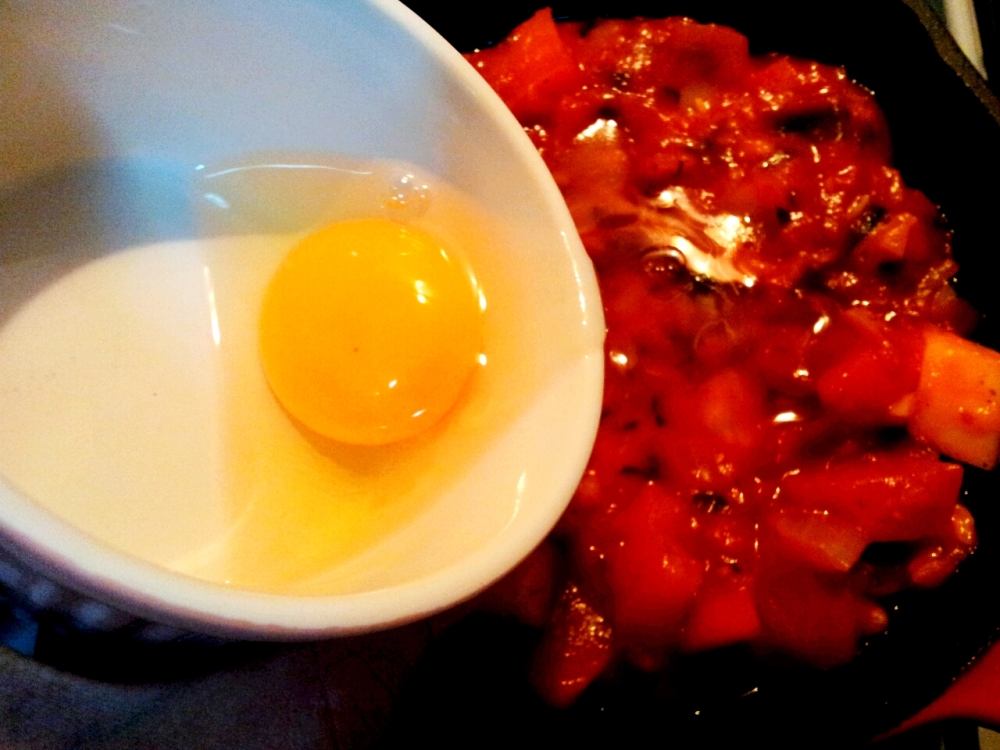 Fill a mini cast iron skillet with the vegetable mixture, making an indentation in the middle. Crack an egg into a ramekin and carefully lower it into the indentation. Do the same for the other portion. 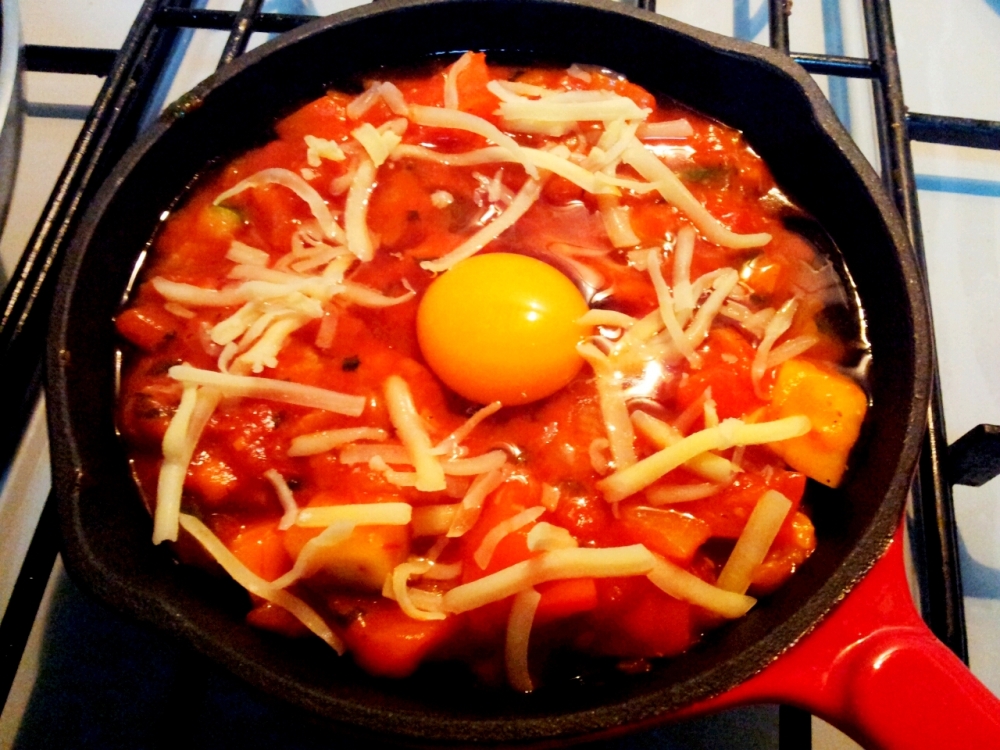 Sprinkle on some cheese. And bake in 180C oven for about 15-20 minutes until the egg is just set. Sprinkle more fresh parsley on top and serve with the mini hash browns. Consume immediately for the best runny egg yolk.

I took a little too longer taking pictures so had let the egg to continue cooking in the skillet. So unfortunately no eggporn shot this time, but you can always take a look at my previous posts.

This is the first time I’ve ever use a ready made sauce for baked eggs and I’m not surprised that it was a much quicker process and just as tasty as the made-from-scratch version. I polished the whole thing within 15 minutes.

Would this recipe get your vote?