No, this is not a reality TV series where I was the contestant nor have I acquired a cooking show (although wouldn’t that be just awesome?), Masterchef Adam Liaw hosted the Merry Guinness Media Launch at the Doubletree, Hilton on Wednesday night and this was as part of his cooking demonstration.

Those who know me personally would have known that I’m a massive fan of Masterchef Australia, the only reason I ever watch TV. This program has been responsible for inspiring people in Australia (and now, Malaysia) to cook and I can say that it has also taught me a lot of tips in the kitchen and not to mention the clear message that dreams, in fact do come true. Masterchef Adam Liaw is a clear example how his life changed just by a simple decision: To fly to Sydney from Tokyo for Masterchef audition. Before this he was a well-to-do lawyer, but through the gold glittery shower of winning Masterchef he has become a household name. Just before you ask, no, I have no intention of auditioning yet as I’m still concentrating on working on the album, but maybe in couple of years time I may be tempted to.

(FYI I did contemplate Masterchef MY but alas my malay is limited to mere survival level, there is no way I could converse in it!)

But cooking with Adam, hehe, that was a little bit of a dream come true! Let’s talk about the actual event before I disgress all the way to North Pole though.

29th Nov marks the launch of Merry Guinness: a whole month of celebration with Guinness, over 2000 outlets in Malaysia will be launching a special Christmas menu featuring Guinness in the dishes. GAB invited a small group for a festive food tasting session where we get a taste (several, in fact) of what we can expect in the participating outlets. And of course, the menu was specially designed by Adam Liaw (well, half of it anyway). 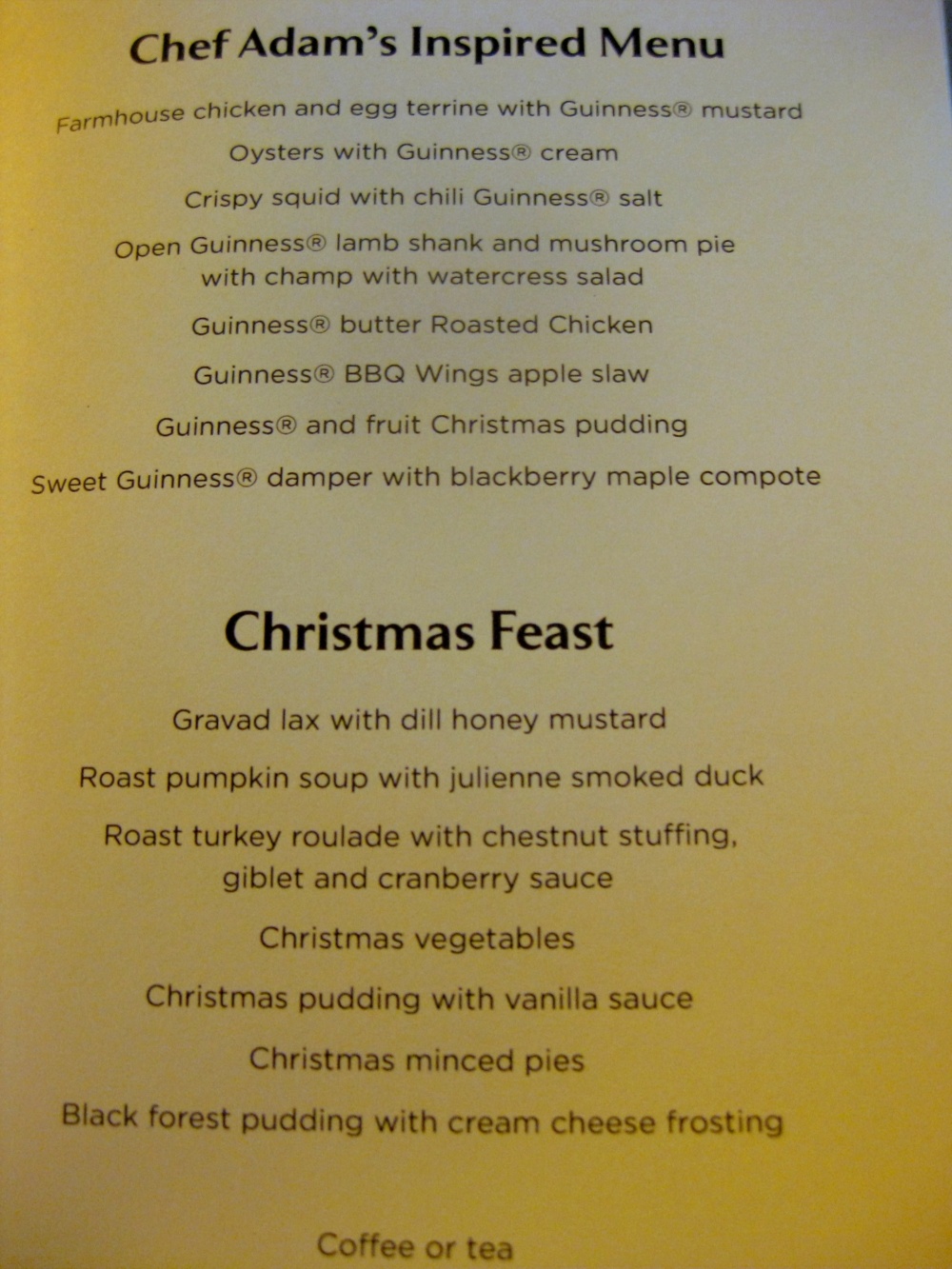 Hungry yet?? I conveniently skipped lunch for this and it was worth reserving my stomach space. Adam first started the event with a brief speech detailing how the bold, distinctive bittersweet taste of Guinness intensify flavors, and enhance texture of good food.

He then carried on with a food demonstration of three of the dishes: The Oyster with Guinness Cream (which was more of a sabayon and I was the assistant whisking the cream… practically ran up when he asked for one and I even heard someone yelled out my name, hilarious), Lamb shank pie with champ and also Crispy Squid with Guinness salt (guess what I’ll be making next time?)

After the cooking demo he then joined Peter (marketing manager of GAB) and raised their glasses.

We are then served the gastronomic 15 course dinner. And this is not when I start posting up individual dishes (you should be able to find them in many blogs that covers the event) because I only have a basic digital camera that fails when it comes to low light! But you can find the recipes of his dishes at www.adamliaw.com. For me the stand out dishes of the night were (photos obtained from Adam’s website):

Click on photos for recipe.  I also loved the Chicken wings and the Sweet Guinness Damper.

We literally drank the bar dry and party til we dropped. Caught up with many friends, some of them new, some old. Also caught Adam in the corner (literally) and had a few drinks with him (sorry we stalked you, pal), so many questions asked and many tips learnt, thank you. We also managed to invite him over to Sid’s Pub the next day for more black goodness.

Thank you GAB for fabulous event and looking forward to trying these dishes at home! If Frank brings home the Guinness Draught, that is. Also check out http://www.facebook.com/guinnessmalaysia to find out which outlets will be participating in Merry Guinness!!

One last photo before signing off. Of Adam, Frank and Yours Truly (again, sorry about that).